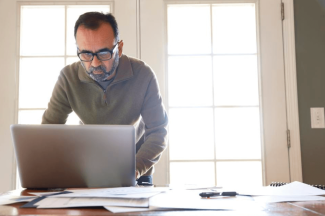 Low Taxes: For A Limited Time Only

As many of you may already know, taxes in our great nation are at an all-time low. If you look at it historically, paying taxes now is arguably better for most Americans today than it ever has been. This is thanks in large part to the Tax Cuts and Jobs Act of 2017. In it, our federal tax brackets expanded and lowered to their current levels. That change in law, however, has a couple of noteworthy points:

• It is set to “expire” after eight years and revert to the higher rates that preceded it (which were also very low historically).

• It can preemptively be altered by the government if the people making the rules choose to do so. Put simply, if the party in power shifts to be different than the one that put this law into place, you can rightfully question the law’s future.

In general, when thinking about that and other current taxation rules, it’s good to note that capital gains taxes (which you pay on investments not associated with your tax-deferred retirement accounts) are at different, sometimes lower levels than income. This is good for you if you need to pay them.

Also, the estate tax is as friendly now as it’s ever been. If you are a married couple and you die with an estate of under $23.16 million (or $11.58 million for an individual), you are not subject to your estate having to pay taxes on any of it.

Finally, in the wake of the most recent economic correction that occurred because of the Covid-19 pandemic, our government spent a lot of money to protect businesses and citizens. This will need to be paid for by someone, at some point, and I think you can guess what that might mean.

So what’s my point? It’s impossible to know with certainty, but I believe it’s fair to assume taxes will be going up from the levels they are at today. If that’s the case, and you believe it’s true as well, then in knowing so, how do we plan for our future and its income sources and streams?

One option to strongly consider is doing a Roth conversion of your retirement assets. This consists of changing the tax structure of your pre-tax retirement accounts, which you haven’t paid taxes on yet but will in the future when you spend the money, to a post-tax retirement account (also known as a Roth account thanks to former Delaware Sen. William Roth who proposed it in Congress).

In doing so, you will have to pay taxes today on the amount you move over or convert. So for example, if you have a $500,000 individual retirement account or 401(k) plan and you want to convert $25,000 of it to a Roth this year, you can do so, but this year, that amount ($25,000) will be added to your current year income. You’ll have to pay taxes on it when you go to file your tax return. There’s no way around that, but the idea is that paying those taxes today, at a potentially lower rate, and being “done” with ever having to pay taxes on that money again in the future (at maybe a higher rate) could be incredibly powerful long term.

There are many things to consider when doing Roth conversions, and it’s best to consult a tax professional along with a financial advisor before doing so. But it’s a great example of one of the many planning concepts that everyone should at least be considering right now.

The information provided here is not investment, tax or financial advice. You should consult with a licensed professional for advice concerning your specific situation.